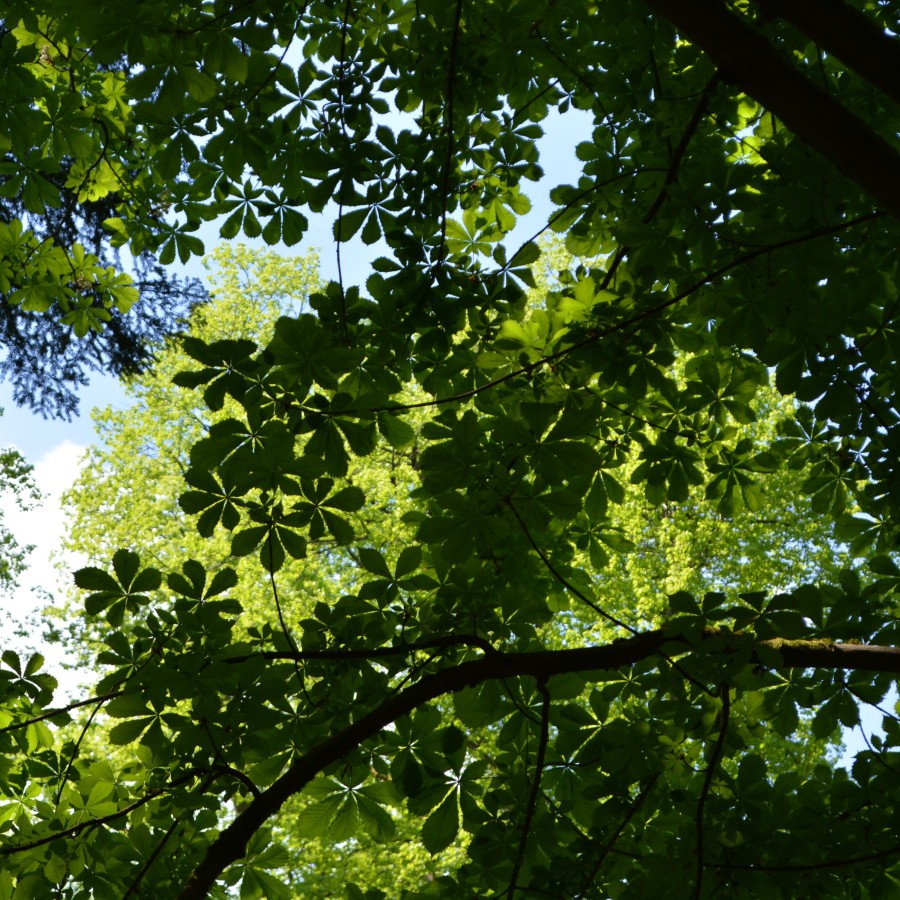 Edda showed Millie up three flights of stairs to her room, leaving her to unpack a little and explore. It was a lovely, light-filled place with comfortable furniture and a neat little balcony begging for young plants to be nursed into growth there, in company with the two blooming vines hugging themselves to the building and nodding a friendly greeting to the new apprentice.

She even had her own bathroom and was able to come back downstairs a short time later with her backpack unloaded and her face washed.

The other three were in the kitchen, Shaun doing something interesting in a cooking sort of way and Edda helping Adam with some sort of homework. They looked up and smiled when she came in, feeling a little shy.

“We weren’t sure what sort of decorations and things you would like, so we kept it quite plain. There’s a market in the field just down from the bus stop every weekend, so we can go there to pick out some extra things to put your own touch on it at the end of the week.”

That sounded an awful lot more interesting than the shopping centre at home, Millie’s smile brightened and she nodded eagerly.

Adam scrabbled out of his chair, “I need a break from this, Mum I promise to come back and work on it faithfully after I’ve shown Millie around the village.”

Edda looked stern, “Are you sure Millie wants you to show her around the village?”

Adam turned puppy-dog pleading eyes on her, he seemed determined to make her giggle at every turn. Not at all like the cool and grumpy teenage boys from home, he seemed both younger and more grown up than them and she wondered what would happen if they ever met.

“I’d like to explore and having someone to show me places and tell me what things are would be nice.”

She gave up on any idea of not giggling at his antics and he hustled her out the door into the golden light of the afternoon.

There were now people in the square, not many, but all of them turned to look as Millie emerged from the house. It was almost enough to send her back inside but Adam’s presence both blocked her way back and gave her the confidence to stand her ground and smile a tentative greeting.

A couple of the watchers huffed and walked off down the path the bluebird had pointed her to, the rest returned her smile and their welcome pulled her forward into the main space.

As they drew closer to the others, Millie realised, to her delight, that most of the group weren’t human. There was the helpful little fae from the bus, a couple of tall, slender people who moved like branches in the wind, another, similar in height and build but who brought swirling water to mind rather than leaves, two human-seeming children around her age and a troll, similar to the one reading the book earlier, but not the same person.

There was a general hubbub of greetings and introductions which left Millie slightly dazed. Her helpful friend from earlier was actually half pixie, half brownie – a very unusual mix she was told – named Nix. The troll was the village carpenter and asked her to drop by his workshop any time. She thought his name was Grathin. The two humans were apprentices to the healers in the woods and she was encouraged to visit and take extra lessons with them. One was Timothy and one was Simeon but she wasn’t sure which was who. The other three were two dryads and a naiad and they laughingly deferred proper introductions and explanations for another time, “For your brain will be quite overloaded by now and you won’t want to misremember.”

Adam took that as his cue to move on with the promised tour of the village and the two of them left the group to tour the perimeter of the green space.

He pointed out the way to Grathin’s workshop, the local bakery and next to it a small shop selling essentials such as milk and toilet paper. He entertained her with unlikely stories about the residents of each of the buildings and led her a short way down the forest path, waving to Simeon and Timothy as they disappeared into the trees on their way home.

He stopped as they moved into the full embrace of the forest, while the village was still in view, “We won’t go any further today, it’s late and will get dark too soon, but I wanted the forest to know you were here.”

Millie looked around, closed her eyes and felt the delighted welcome surrounding her. She did her best to radiate her happiness back and was rewarded by a wash of affection that left her gasping.

“Oh yes, I was just saying hello. I think. It’s a bit new to be doing this so I’m not sure. Mum never believed me when I said places had feelings so I didn’t really practice talking to them.”

“Well this forest definitely has feelings and even I can tell it can’t wait to be proper friends with you.”

He grinned, “It might even calm down a bit now and let us all get a breath in. It’s had the worst case of anxiety over your arrival.”

He sidestepped as a tree branch somehow happened to sway in a non-existent wind in what looked to Millie like an affectionate push, “What? It’s true. But she’s here now and she’s chosen the Greenwitch path so you can relax and be happy.”

All the branches in the area shook, then dipped and Millie got the impression of an agreement, but with some sort of underlying worry.

She looked at Adam, “What’s it scared about?”

He jerked his head back towards the village and turned towards home, patting the nearest trunk affectionately, “Nothing you need to worry about right now, and Mum will explain soon enough, but it’s one of the reasons you don’t want to be wandering about in the dark.”

Millie took a step, then turned around and blew the forest a kiss before scampering after him.